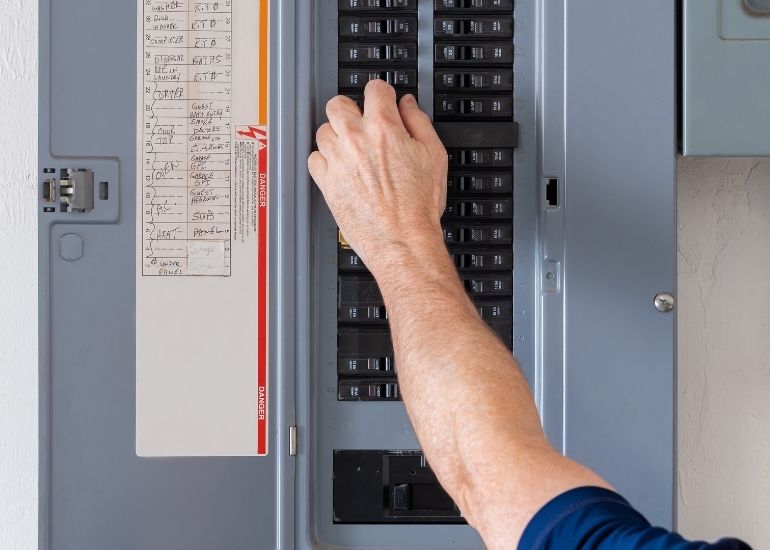 Did you know being grounded is the reason electricity can hurt you? The electrical grid is a grounded system. This structure wants to flow to the ground, and it will take any path to get there. If the path happens to be you, then it will use you to get there. Electrical currents can flow through a person while it travels to the ground. It can destroy blood vessels and even organs. Please be careful and educate others on this dangerous myth. Read more about what electrical safety measures you can take.

A short is an electrical current that has found a path around its intended load. Usually, improper wiring or damaged cables allow an unrestricted current to flow in the circuit. This could cause overheating and create a fire. The prevent that, the circuit breaker detects heat buildup and immediately stops the current. This process is what causes a short. Chances are, when your lights flicker, it is simply because there’s a loose connection.

As you know, electrical devices can turn off after you hit the switch. Unfortunately, some still use power after they are turned off. This kind of power consumption is called “ghost” consumption. If you see a red light on after you turn the power off, then that appliance is still in ghost consumption. A few appliances or devices you can notice this on include microwaves, televisions, alarm clocks, and phone chargers. In the case of a bad storm or if you want to save as much money as possible, it’s suggested you unplug the appliance from the outlet entirely.

When a home was built in the 20s and 30s, it’s common for homebuyers to investigate the electricity. Unfortunately, upon simple inspection, many people decide the whole home needs to be rewired. However, that is not always the case. Let’s break down what it would look like to rewire a whole home. Electrical cables run through your walls, ceilings, floors, attic, basement, and crawl space. To gut and replace that many cables would equal a large sum. Also, keep in mind that wiring doesn’t necessarily go bad like the groceries in your fridge. If it’s not damaged, simply don’t touch it. A few exceptions to this include knob and tube wiring, overloaded circuits, and upgrading your service. Even with these exceptions, you certainly won’t have to rewire the whole home.

Stay safe and save money as you keep these common electrical myths and misconceptions in mind. Share these truths with others so they no longer believe these myths.