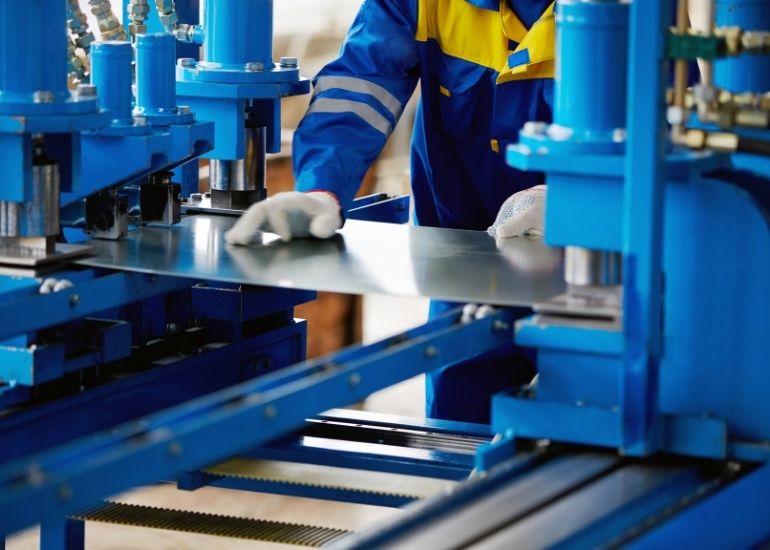 Producing art of any kind comes with its fair share of difficulties. On the other hand, large-scale art is a little more complex, as it requires intense pieces of equipment and lots of resources. Many artists’ large-scale works are put together with the help of local metal fabricators. Here’s how significant the role of metal fabrication in producing large-scale art is.

Metal Fabricators Have the Tools To Shape the Art

A significant reason why metal fabricators are so heavily relied upon by artists is that they have the knowledge and tools to put the art pieces together. Working with large pieces of metal can be especially difficult, but so can making more minor angled cuts. This difficulty is why tools such as various types of band saws are so essential but not as important as the fabricators who know how to make those actual cuts cleanly and precisely. Without these industrial tools and the fabricators behind them, the metal pieces would not be so easily put together, and the artists’ visions would certainly not come to light.

Metal Fabricators Understand What Will Work

Not only do metal fabricators have the space, equipment, and skills to realize the artist’s vision fully, but they know what will work and what won’t. Many artists do not understand the intricacies that take place behind the scenes of metal fabrication and, therefore, lack an understanding of what can work. Sometimes, an artist may have a vision for something, but it may not be physically possible no matter how hard the fabricators work or what materials they use. Metals are heavy, and what the artist envisions may not be able to stand up or would crumble under the weight of the material. Fabricators help make sure this does not happen.

It’s Often for the Community

Many artists will create their works and partner with metal fabricators, but these collaborations often occur for larger-scale public works. Cities will commission different works from local artists, and those artists will work with local metal fabricators to bring the piece to fruition. Without them, these pieces would not exist in the same way, and many communities would miss large parts of their local culture. Whether the piece is a gigantic metal rabbit or a random assortment of shapes, their presence is undeniable. The community would certainly not be as lively if fabricators and artists had never made these pieces.

The role of metal fabrication in producing large-scale art is complicated and can often be underappreciated. Artists get a lot of credit while the fabricators do not, even though their role is significant. Hopefully, after learning how important they are, you better appreciate their contributions.